I came across this wonderful blog yesterday, World Of My Imagination. It offered a fantastic challenge that I couldn't resist: Wednesday Writing Weekly Writing Prompt. Using a photo & 5 words, you must come up with a story that is 500 words or less.

Like a jet, a squirrel shoots down a tree & stops. She feels eyes watching her. She glances about without moving a muscle. She doesn't blink until she finds those eyes & who they belong to. She lets out a chuckle when she realizes that it's just Grandmother. Grandmother is what the squirrels call the castle's cat. She's an old soul, who is too busy lazing about, sleeping away her day on the lawn to bother with them. Her kittens, now grown, are another story entirely. They still have their youth & curiosity. A dangerous thing.

The squirrel grabs an acorn that has fallen from a tree. She keeps focused on everything around her. Many a squirrel has fallen pray to the kittens for not paying attention. Her nose twitches as gentle breeze brings the scent of fish. It must be feeding time for the kittens, so she relaxes her guard. They never give up a free meal, especially during the summer when it is hot outside. She has an hour to spend enjoying the ground. Once the kittens eat, they sleep.

The squirrel scurries around, grabbing more acorns. It was such a beautiful day in the shade. The grass was soft & cool. The birds were singing. It was so lovely when the kittens weren't around. She picked up another acorn before she realized that the birds were quiet. Quiet was never good. One of the birds shrieked & she realized her error. 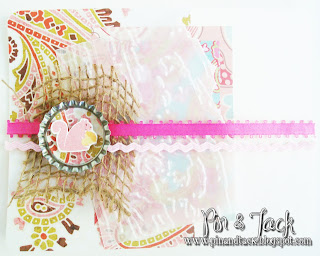 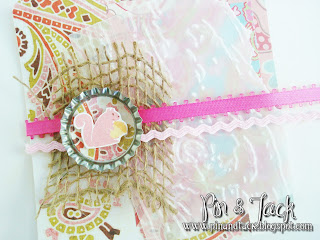 This card was submitted to wonderful challenge blogs - See below for links & details, so you can create your own & join in the fun!

Corrinne your card is so pretty!
Thanks for sharing.

This is a lovely card hunnie, love what you have done with a bottle cap, very inspiring!
Thank you for joining us over at Make it Monday this week....
Lovely story too!!
Hugs,
Marjorie
xx

Thank you, ladies! I was very happy with the outcome of this card :)

Wow! Really pretty! Love the bottlecap! Adds real interest. Colors are right up my alley too! Thanks for playing along over at Twisted Tuesdays! :)

Wonderful story!! You really captured me and what a unique twist that it was the point of view of the squirrel! You pulled that off nicely!

What a beautiful card, I love how you put all the embellishments together...the bottle cap, burlap, ric rack, and ribbon- it all goes together so nicely! Thanks for playing along this week at Twisted Tuesday Challenges!

It's a lovely card and thanks for bringing the squirrel to life with your story!Thanks for sharing it with us at ATCs and Cards with Attitude

Gorgeous card Corrinne, so pretty, I love the bottle cap.
Thanks for joining us at Simon Says Stamp
hugs Mandy xx

I love the squirrel perspective. It's a pop of different on your card and its a unique way to approach the prompt. Both are very creative. :)

Loved the story! I've been participating for only a few weeks, but I do look forward to the challenge now each Wednesday. Well done!

Love, love love the colors and layout you created! Such a unique beauty! Thank you for entering ATC's and Cards with Attitude this fortnight! Hope to see you again!
Manderly
xxxooo
PS You can also enter your card in our sister challenge, Fat Pages and Card with Attitude. The link is on our ATC's site.

Beautiful card, fabulous story. Thank you for sharing both at ATCs/Cards with Attitude.

I love that you used animals as the characters. I really enjoyed the story. Welcome to the Blog Hope. It is a lot of fun and this photos was so much fun to to write about. 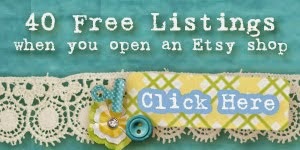